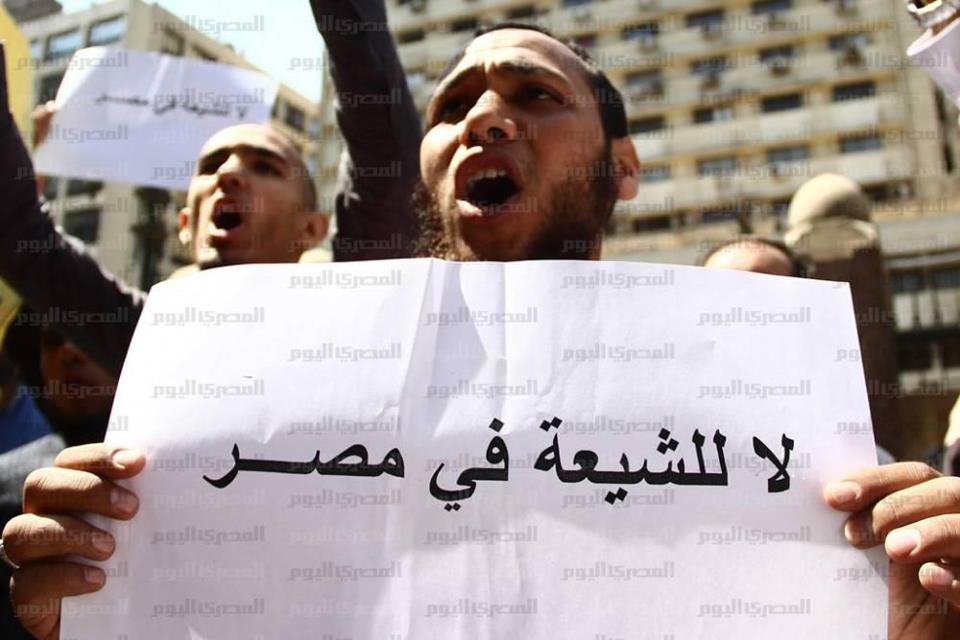 A New Term in the Human Rights Field

The term “Anti-Shi’ism” means prejudice against or hatred of Shia Muslims.

The term was first introduced by Shia Rights Watch in 2011. The act of Anti-Shi’ism, however, has a long history.

Shia have a long history of facing injustice. Ever since the death of the Prophet of Islam, the Prophet Muhammad (peace be upon him), Shia have faced discrimination because they criticized the Caliphs for unjust and violent acts. Shia advocated non-violence and equal human rights for all; the Caliphs, on the other hand, neglected people’s basic human rights.

The growth of these ideological differences led to the formation of anti-Shia extremist groups, such as the Wahabbi, Salafi and Nasebi sects. Many Shia have lost their freedom, dignity,and lives throughout history at the hands of such groups. Eleven out of the twelve Shia Imams and their companions were murdered by either anti-Shia groups or dictators. It can therefore be concluded that anti-Shi’ism has been a threat to Shia since the death of the Prophet Muhammad.

In recent years, with the financial support of Saudi Arabia, Anti-Shi’ism has increased dramatically throughout the world and includes: the demolition of Shia Shrines in Saudi Arabia; attacks on Shia homes in Bahrain; the mass killing of Shia in Pakistan; road bombs in Shia-populated areas of Syria and Iraq; targeted attacks on Shia and Alawies in Damascus; and the destruction of Shia homes in Indonesia and pressure on Shia in Malaysia[JS2] to convert.

Murder and forced displacement however, are not the only manifestation of anti-Shi’ism.

Anti-Shi’ism is found in other forms including, but not limited to:

Faith (some sects consider the Shia to be nonbelievers (Kuffar),

Economic (Shia are unable to climb to high level government jobs, nor can they hold critical economic positions in Bahrain and Saudi Arabia)

Social (Shia are excluded from participation in mainstream society in Malaysia)

Subjugation (In some parts of the world, Shia are treated as second-class citizens)

Anti-Shi’ism is gaining support in many places which is a serious cause for concern. As the odious ideology continues to spread, it has infiltrated media outlets and human rights organizations which continue to ignore the plight of Shia Muslims.

The most modern and disappointing example of Anti-Shi’ism can be witnessed in the Media coverage, or lack thereof, of Shia suffering. Since the Arab Spring, Shia have been threatened by extremists, thousands have been murdered and injured, many Shia women and children have been arrested and tortured, and historical sites have been demolished and desecrated.

Yet, many media outlets remain silent in the face of such inhumane acts against Shia Muslims.

Since the beginning of the 2011 uprisingin Middle East, as anti-Shi’ism flared in the Middle East, SRW contacted many human rights organizations to take action to stop the violence against Shia, however no serious action has been taken. As a result the number of murders is increasing every day in countries such as Saudi Arabia, Bahrain, Syria, Pakistan, Indonesia and Malaysia. Those injured in Syria and Bahrain have no access to medical facilities. Women and children have no security in Syria. In Saudi Arabia, Shia cannot practice their basic human rightssuch as freedoms of religion since they are considered second-class citizens with absolutely no freedom. In Malaysia Shia do not have the right to practice or teach their faith in public. In Indonesia, Shia have no homes to live in after their homes were burned down by extremists.

Yet, many human rights organizations remain silent and do not get involved.

Shia Rights Watch, is proud to be the first to introduce “Anti-Shi’ism” as a new entry to dictionaries.

Shia Rights Watch contacted a number of dictionaries in 2012 and asked them to add Anti-Shi’ism to their vocabulary lists. Recently Shia rights violations increased around the globe and it is very important that dictionaries offer the best word to define hate crimes and discrimination toward Shia Muslims. Urban, Merriam Webster and Collins dictionaries welcomed the new terminology.

Complete information regarding the new terminology can be found on the following links.

S.R.W appreciates Urban and Merriam Webster Dictionaries for their fast response and invites all human rights organizations and media outlets to use “Anti-Shi’ism” when reporting human rights violations toward Shia Muslims.

SRW insists that the term “Anti-Shi’ism” must be used in regards to crimes against Shia. The world is witnessing these heinous acts that are carried out in a prejudicial and systematic approach toward Shia through the world. The term “anti-Shi’ism” and its derivations offer a realistic depiction of events and their impact, and recognize the persecution that targets Shia as a group, solely on the basis of their beliefs. These crimes are serious, unjust acts that threaten the lives and livelihood of Shia. These threats must be recognized and must be stopped immediately.