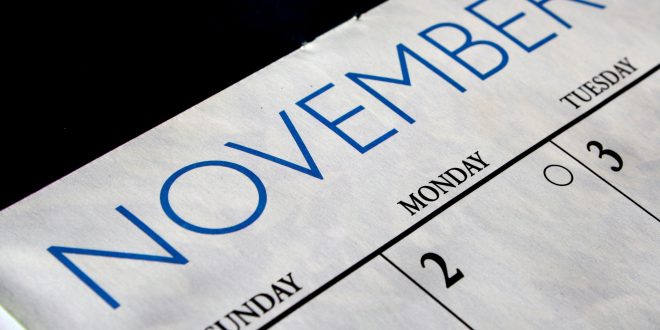 Incidents of Anti-Shiism in November, 2017

The month of November stood witness to the continued restriction of religious expression for Shia Muslims. Anti-Shiism spanned the East and West as Shia Muslims faced attacks for their livelihood.

Shia in Bahrain and Iraq faced the most number of Anti-Shia violations. Algeria is a newly added country with Shia rights violations concerns.

As we analyze the human rights violations toward Shia population, SRW is deeply concerned over reduced media coverage of this community. Inadequate coverage, in addition to fear and insecurity of Shia activists, has resulted in lack of data on Shia rights violations.

Human rights status of the Shia in Bahrain has not improved. Arrests, pressures, torture, and raids continue in this country as majority Shia struggle for freedom of expression, religion, and assembly.

The Shia population in Diraz remain limited in their religious expression as the al-Sadiq Mosque remains under seizure by army forces. In late November, the ban on Friday prayers and congregation in the mosque enters its 72nd week.

Peaceful protest has been met with extreme violence. Forces used tear gas and pellets to disperse protesters, causing irreparable injury and harm. In the western village of Dumistan, security forces flooded the streets with tear gas as residents rallied in a show of support for Bahrain’s highest religious authority, Sheikh Isa Qassim.

Also, Bahraini security forces reportedly raided the headquarters of the Islamic Awareness Society in the country’s northwestern village of Diraz.

Across Bahrain, religious leaders and prominent members of the community are arrested and detained, many times without due cause. Activist Majeed Abdulla Hasan and  Hadi Sayed Alawi were detained after raiding to their his houses. Two clerics, Al-Shaala and Sheikh Hani Al-Bazaz, are sentenced to 6-month jail for their pro-democracy activities. Cleric Mohiuddin al-Mishal was sentenced to one year in prison.

Those arrested, such as Maher Al-Khabaz, have reported extreme torture inside the prison.

Activists are also concerned over the health status of  Sheikh Isa Qassim. He has been under home arrest and threatened with deportation after the revocation of his Bahraini citizenship.

Some activists such as  Zainab al-Khamees was prevented from traveling to the Iraqi city of Karbala to take part in the annual Arba’een pilgrimage.

Targeted killings and violations toward Pakistani Shia have always contributed to creating an insecure environment for this population.  In November targeted killing claimed the life of  Aqeel Hussain Naumi and Samar Abbas as they were shot and killed in Dera Ismail Khan by unknown men. In another incident, shooters opened fire on Muhammad Elias, a Shia officer, his wife, and minor child in their car. An attack on a Shia mosque in Islamabad killed Haidar Shah and Ain Zaidi and wounded four others.

Pakistani Shia also has a limited right to movement.  Pakistani pilgrims traveling to Iraq have reportedly been questioned and searched in discriminatory manners. A protest was organized as a response to such actions of the border guards.

Indian Shia has faced discrimination in their country.  A Shia cleric, Seyed Hasan, was prevented from traveling due to Indian government’s refusal to renew his passport. It is believed such action was to limit his movement as a Shia cleric.

Nigeria is home to one of the fastest growing Shia communities in Africa and therefore growing Shia rights violations have been reported from that area. Governmental forces have repeatedly raid Shia gatherings during Muharram.

A leader of the Shia Muslim identified as Sunusi Abdulkadir and an unidentified female member of the community, have been killed by mobile policemen in Kano state during Arbaeen rituals.

Lastly, there is no update on the status of Sheik Ibraheem Zakzaky and his wife, Hajia Zinah Zakzaky. The couple were arrested on December 14, 2015. Although the local judge ordered their release, they are still under arrest.

More than 400 Shia Algerian pilgrims were investigated at the airport during two weeks window as they returned from Iraq to their country.  Pilgrims reported harsh investigations, long waits, discriminatory treatment by the airport security forces.  Shia returning from Iraq visit stated their Shia specific books, prayer materials, and even attire were seized by the troops and had not be returned to them yet.

Such behavior has not been reported in Algeria in the past and is concerning the human right NGOs.

A Saudi court sentenced the activist Naima Al-Matarud to six years in prison and a ban on traveling for the same period on charges related to her role in the movement of contractors in the Eastern Province of Saudi Arabia, which began in 2011.

The Saudi authorities have arrested and accused activists of assisting, providing medicines and medical equipment for the treatment of people injured in peaceful marches in Qatif.

Although lack of security has limited media’s access to affected areas, the targeting of Shia majority areas of Syria continues. At least one civilian was killed and another ten were wounded when rebels attacked the Shia towns of Al-Zahra’a and Nubl in the northwestern countryside of Aleppo.

Security authorities detained eight men and four women of Saudi Shia pilgrims and banned their entry to the Egypt. Pilgrims reported being humiliated, insulted and prevented from eating and drinking throughout the detention that lasted for hours.

A number of roadside bombs claimed lives of Iraqi Shia in different areas of Iraq: in addition to Tuzkurmatu,  Saba al-Bur, Latifiya, Radwaniyah, Doura, Zoba,  Diyala, Suweib Yusufiya are the most affected areas of Baghdad.

At least 12 roadside explosions were reported in November killing 34 and wounding 91 people.

Iraqi forces foiled two suicide bombings in the Radwaniyah, one in  Alwa Al-Rashid and one near Essaouira bridge.

Shia Muslims continue to live in fear as they are ostracized in their home nations, and arrests of Shia activists and scholars proceed in the Gulf states and the surrounding countries.

Activists and humanitarians who are standing up to the injustice are facing the backlash from governments and other principal actors.

SRW believes the sudden decline in Shia news and violation coverage is another systematic discrimination and must be addressed.

Shia Rights Watch calls for governments across the region to increase protections for Shia and other religious minorities and to reverse and stop all ill-treatment of these populations.