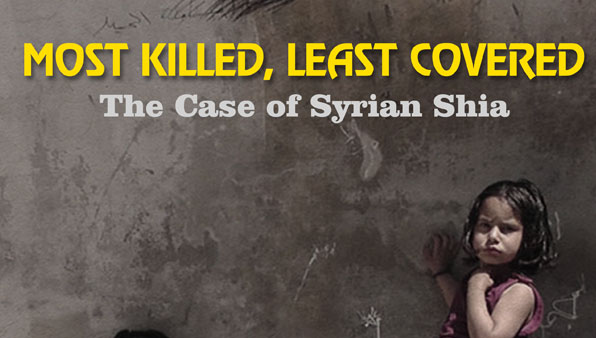 Most Killed Least Covered The case of Syrian Shia 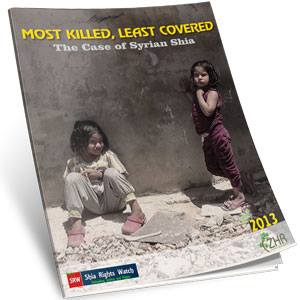 This 36 page report details violations against the Shia Muslim minority in Syria. The report is based on Interviews, site visits, news articles, NGO reports, and other human rights reports.

According to most reports more than 150 thousand people have lost their lives since 2011. Many of those belonged to different sects of Shia Islam. This publication is the first human rights report that specifically highlights Shia rights violations in Syria. The cases mentioned in this report were selected because the victims were targeted not due to the nature of war but because of their faith.

In this report read about Terror against Shia Muslims, Mass killings in Hatla, Haoula and Khan Al-ASAL, siege and displacement and also attacks to Shia clerics and shrines.