Target Killing of Shia Muslims in Pakistan – by Mehmal Sarfraz 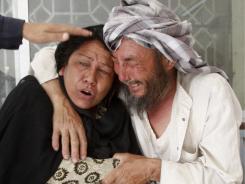 Two despicable terrorist attacks targeting the Shiites in Pakistan should ring alarm bells but it seems that the Pakistani state is oblivious to any such warnings. On Eid day, 11 people lost their lives while more than a dozen others were injured when a suicide bomber targeted a Shia congregation offering Eid prayers in Quetta. A day later, seven Shias were killed when gunmen opened fire on a minibus on its way to Parachinar in Kurram Agency. There are not enough words to condemn the attack on a mosque on Eid day and another attack on innocent travellers on the second day of Eid. Hazara Shias in Balochistan and Shias in Parachinar have been targeted continuously by sectarian groups over the years. The resurgence of sectarian groups is alarming. In the 1980s and 90s, sectarian killings became a norm in Pakistan because of General Ziaul Haq’s extremist policies. The military and its intelligence agencies aided and abetted sectarian groups like the Lashkar-e-Jhangvi, Sipah-e-Sahaba Pakistan (SSP), among others to pursue the state’s nefarious agendas as well as their own. The Wahabi school of thought, propagated through Saudi-funded madrassas and organisations, are inherently anti-Shia. Saudi Arabia’s enmity with Shiite Iran is no secret. Wahabis have been using Pakistan to fight their proxy war against Iran and Shias in the region for decades now. Pakistani mercenary forces are presently being used in Bahrain to barbarically quell the majority Shiite uprising.

Pakistan’s military and its intelligence agencies are very active when it comes to intimidating, harassing and killing Baloch nationalists and/or progressive elements in the country. But when it comes to protecting the Shias or religious minorities, these same forces are found wanting in their duties. It seems that our law enforcement and security agencies have turned a blind eye to the massacre of Shias in Balochistan, Kurram and elsewhere in the country despite there being a pattern of systematic attacks on Shias. The reasons behind this could be many. Either the security forces are helpless, plain incompetent or complicit in these attacks. Whatever the reasons for the security agencies’ failure in protecting the citizens of Pakistan, especially the Shias, it is beyond disgusting that the ‘Islamic Republic of Pakistan’ continues to ignore the plight of its Shias. We have seen several terrorist attacks on Shiite processions in the holy month of Muharram. Even though the state provides some sort of security during Muharram, the Shia community itself is far more vigilant than our law enforcement agencies. This is a sad state of affairs because it is the responsibility of the state to ensure the safety of its citizens, be they from any sect or religion.

The Pakistani state is fast turning into one of the most intolerant societies in the world. Attacks on the Ahmediyya community, Christians, Hindus and Sikhs are usually swept under the carpet while the attacks on Shias are condemned but not much is done to counter these attacks or nail the culprits. This gives a signal of poor law enforcement and gives rise to a climate where the country is seen as a pariah state. Islam preaches tolerance but our ruling elite think that just by naming our country an ‘Islamic Republic’ we have done great service to Islam. On the contrary, by mixing religion and the state’s affairs we have made Pakistan into a quasi-theocratic state fast turning into an extremist hotbed. In order to save Pakistan from poisonous elements, the country must be turned into a pluralistic, democratic and secular state.