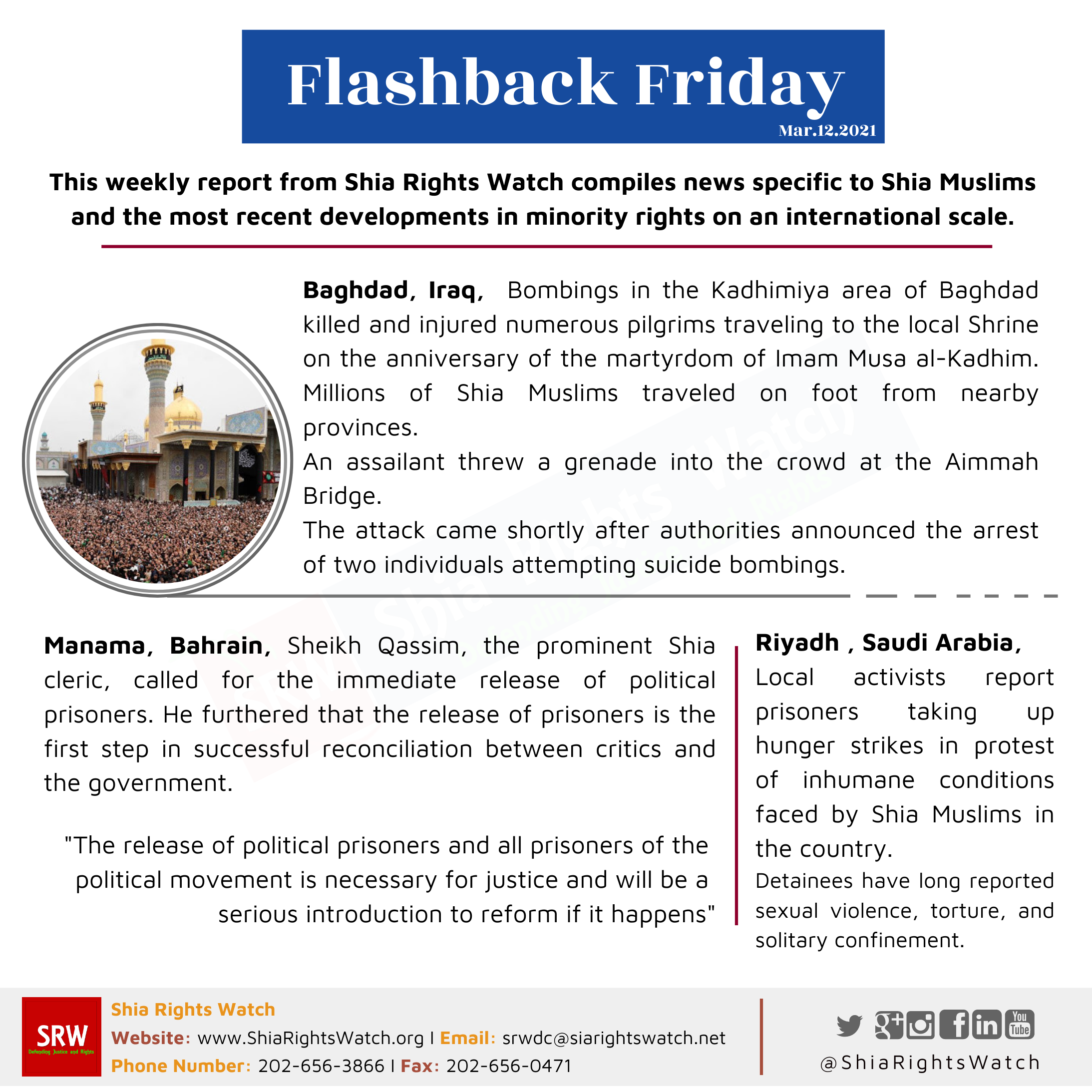 Baghdad, Iraq,
Bombings in the Kadhimiya area of Baghdad killed and injured numerous pilgrims traveling to the local Shrine on the anniversary of the martyrdom of Imam Musa al-Kadhim. Millions of Shia Muslims traveled on foot from nearby provinces.
An assailant threw a grenade into the crowd at the Aimmah Bridge.
The attack came shortly after authorities announced the arrest of two individuals attempting suicide bombings.
Manama, Bahrain,
Sheikh Qassim, the prominent Shia cleric, called for the immediate release of political prisoners. He furthered that the release of prisoners is the first step in successful reconciliation between critics and the government.
“The release of political prisoners and all prisoners of the political movement is necessary for justice and will be a serious introduction to reform if it happens”
Riyadh, Saudi Arabia,
Local activists report prisoners taking up hunger strikes in protest of inhumane conditions faced by Shia Muslims in the country.
Detainees have long reported sexual violence, torture, and solitary confinement.
Share