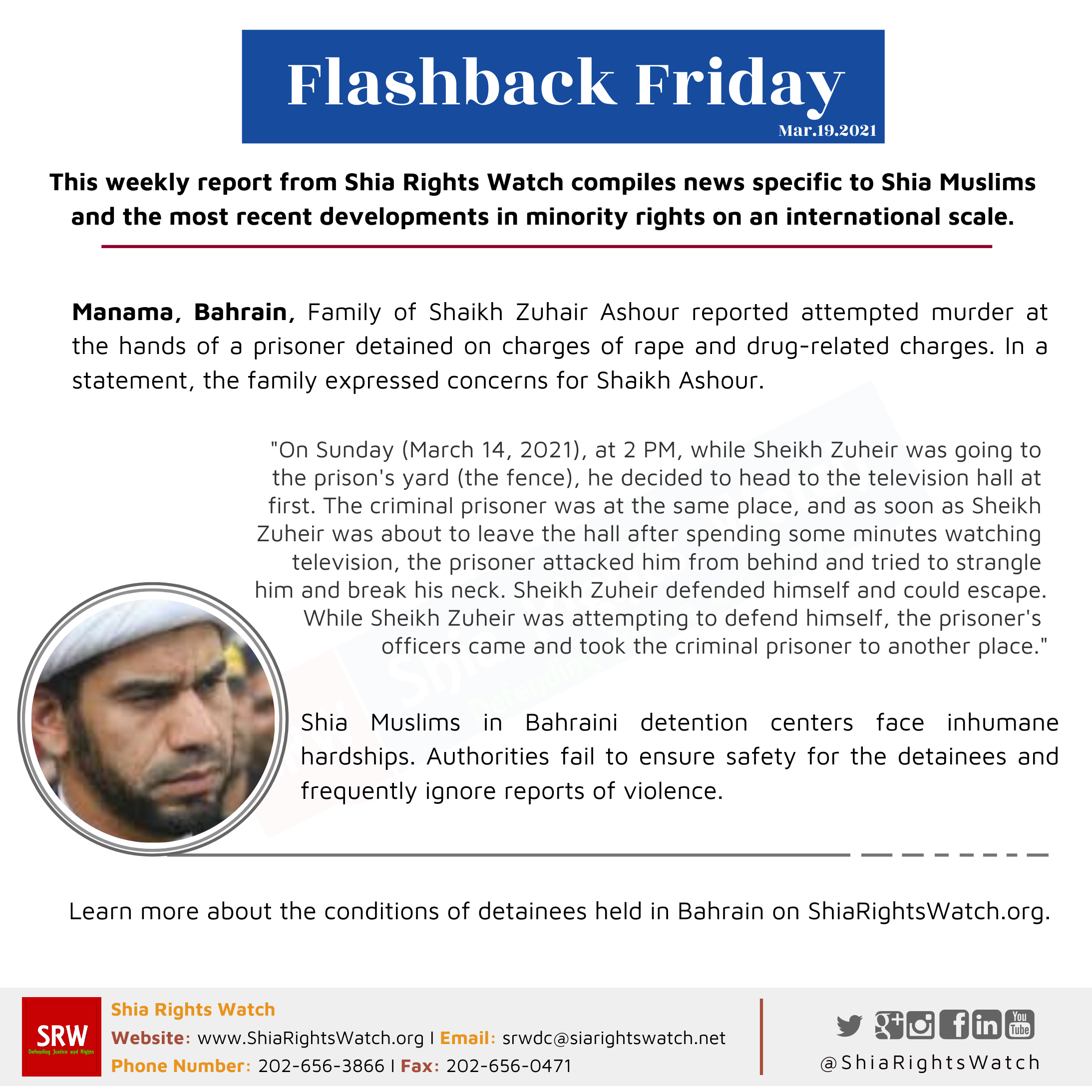 Manama, Bahrain,
The family of Shaikh Zuhair Ashour reported attempted murder at the hands of a prisoner detained on charges of rape and drug-related charges. In a statement, the family expressed concerns for Shaikh Ashour.
“On Sunday (March 14, 2021), at 2 PM, while Sheikh Zuheir was going to the prison’s yard (the fence), he decided to head to the television hall at first. The criminal prisoner was at the same place, and as soon as Sheikh Zuheir was about to leave the hall after spending some minutes watching television, the prisoner attacked him from behind and tried to strangle him and break his neck. Sheikh Zuheir defended himself and could escape. While Sheikh Zuheir was attempting to defend himself, the prisoner’s officers came and took the criminal prisoner to another place.”
Shia Muslims in Bahraini detention centers face inhumane hardships. Authorities fail to ensure safety for the detainees and frequently ignore reports of violence.
Share