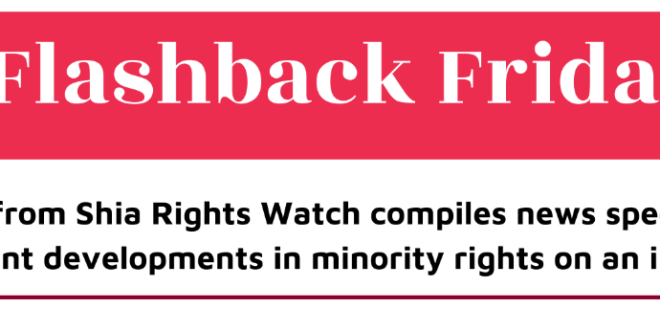 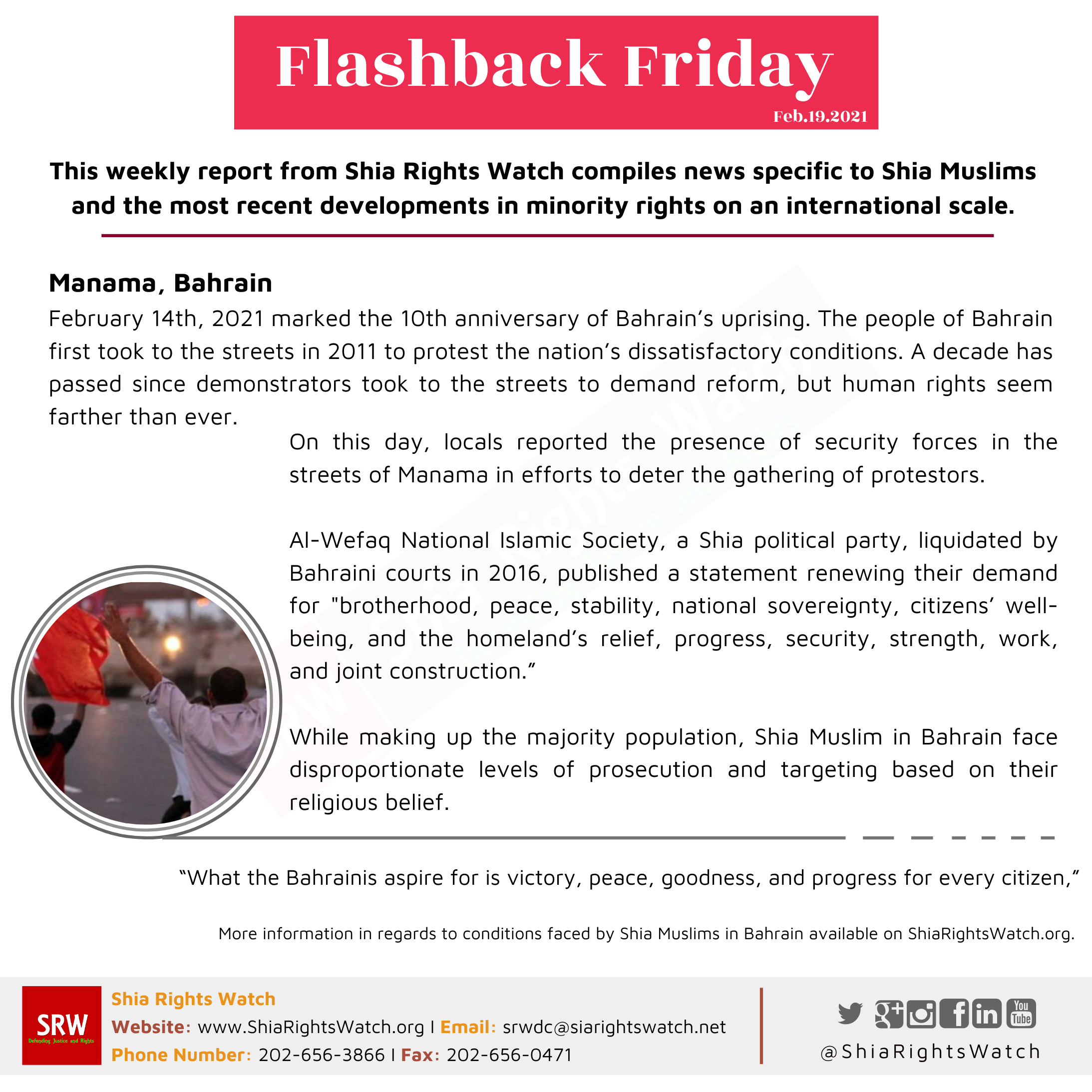 Manama, Bahrain
February 14th, 2021 marked the 10th anniversary of Bahrain’s uprising. The people of Bahrain first took to the streets in 2011 to protest the nation’s dissatisfactory conditions. A decade has passed since demonstrators took to the streets to demand reform, but human rights seem farther than ever.
On this day, locals reported the presence of security forces in the streets of Manama in efforts to deter the gathering of protestors.
Al-Wefaq National Islamic Society, a Shia political party, liquidated by Bahraini courts in 2016, published a statement renewing their demand for “brotherhood, peace, stability, national sovereignty, citizens’ well-being, and the homeland’s relief, progress, security, strength, work, and joint construction.”
While making up the majority population, Shia Muslim in Bahrain face disproportionate levels of prosecution and targeting based on their religious belief.
Share